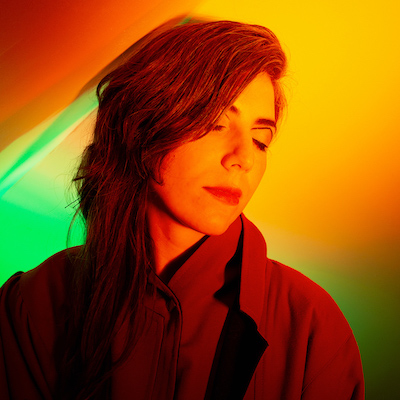 Julia Holter is a composer, performer, and recording artist based in Los Angeles. Her interest in sonic mysteries has led her to record in various settings–in her home, outside with a field recorder, and in recording studios—as well as to perform live, often with a focus on the voice and the space between language and babble. Holter’s music is multi-layered and texturally rich. She has amassed a body of work that explores melody within free song structures, atmosphere, and the impulses of the voice. She has released five studio albums: Aviary (2018), Have You In My Wilderness (2015), Loud City Song (2013), Ekstasis (2012), and Tragedy (2011). Holter has performed her music at venues and festivals throughout the world with an ensemble of creative musicians. She has written music for the Los Angeles Philharmonic and other ensembles, as well as scores for the films “Never Rarely Sometimes Always” (2020) and “Bleed for This” (2016) and the TV show “Pure” (2019).