Clay has given talks about experimental sound practices for the American Composer’s Forum, the Machine Project gallery, the Sea and Space Explorations gallery, the Telic gallery, Otis College, and the Center for Research in the Computing Arts (CRCA) at UCSD. Clay is currently the Director of the Computer Music and Experimental Media studios at the Herb Alpert School of Music at CalArts and is Co-director of the Experimental Sound Practices program. 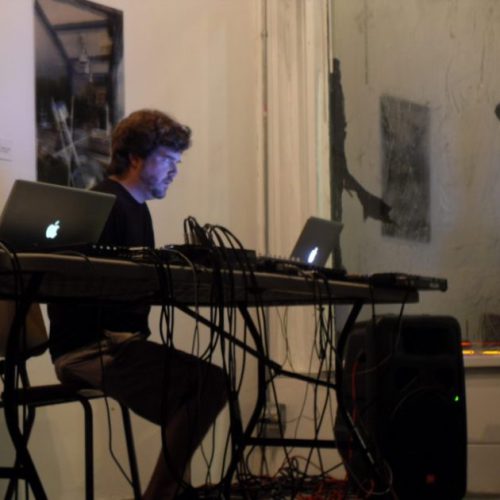 Tim Feeney performs, composes, and improvises sounds in and for forests and waterfronts, investigating unstable sound and duration. He appears in bookstores and basements with Sarah Hennies and Greg Stuart as the trio Meridian; in galleries and libraries with Vic Rawlings and Annie Lewandowski; in living rooms and warehouses with Clay Chaplin and Davy Sumner; in tunnels and train stops with Cody Putman and Cassia Streb as the trio Tasting Menu; in colleges and museums with Andrew Raffo Dewar, Holland Hopson, and Jane Cassidy; on recordings for Weighter, Intakt, Black Truffle, Rhizome.s, Caduc, Full Spectrum, Sedimental, and Marginal Frequency; and in the occasional festival or concert hall with Anthony Braxton and Ingrid Laubrock.

Tim also builds sound installations exploring the acoustic properties and geographies of neglected spaces. His recent work has been presented by festivals at locations including Silo City, an abandoned grain silo and shipping complex along the river in Buffalo, New York; Boston’s Metropolitan Waterworks Museum, a preserved steam pumping station that processed the city’s drinking water; and the Bernheim Research Forest, outside Louisville, Kentucky; as well as by more formal events at the Contemporary Art Center New Orleans; the Ringling Museum of Art in Sarasota, Florida; and the University of Richmond.

He is a faculty member in percussion, improvisation, composition, and experimental sound practices at the California Institute of the Arts, and previously taught at the University of Alabama and Cornell University. 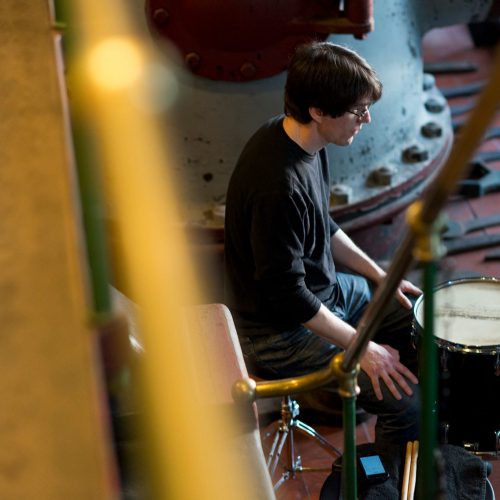 Ulrich Krieger is an internationally recognized German composer and saxophonist living in Southern California. He is known for his originality and innovation in composed and free improvised contemporary music. As a celebrated composer of chamber and electronic music, Krieger’s compositions are widely performed by ensembles in Europe and the USA. He works in variety of contexts; from new and experimental music to free improvisation, electronic music, reductionsim, noise, ambient, rock and metal.

Outside Krieger’s solo practice, he has performed extensively with his groups Metal Machine Trio and Text of Light. He has collaborated and performed with Lou Reed, Faust, Merzbow, Thomas Köner, Carl Stone, John Zorn, Lee Ranaldo, Christian Marclay, Laurie Anderson, LaMonte Young, Phill Niblock, Radu Malfatti, Berlin Philharmonics, Ensemble Modern, PARTCH Ensemble, and many more. As a saxophonist he has performed in Europe, the Americas, Asia and Australia. Krieger studied classical/contemporary saxophone, composition, electronic music, and musicology in Berlin and New York. He is professor for composition, Experimental Sound Practices, and rock music at CalArts, where his special field of interest is the cross-pollination of new art music and avant-garde rock.

Krieger’s recent focus lies on the fringes of contemporary rock culture, in the areas of limbo where noise, metal, silence, and experimental chamber music meet. Not accepting stylistic categories, Krieger’s practice operates in the margins of 21st century genres while resisting the problematic trappings of appropriation. His compositional approaches include micro-sounds, microtones, reductionism, ‘instrumental electronics’ (instrumental music evoking the soundworld of electronics), drone, and noise; forms that often demand elaborate and nuanced amplification. 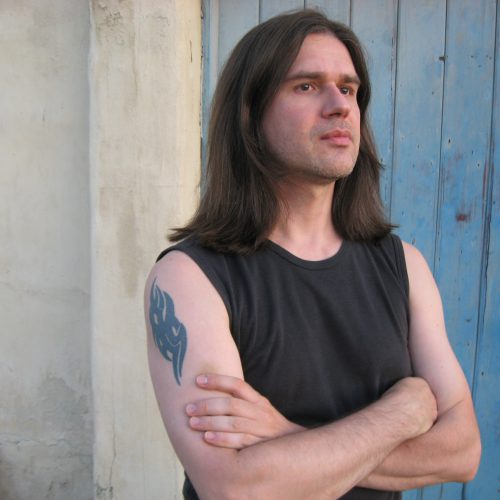 Michael Pisaro (born 1961 in Buffalo, New York) is a guitarist and composer. He is member of the Wandelweiser collective. While, like other members of Wandelweiser, Pisaro is known for pieces of long duration with periods of silence, in the past fifteen years his work has branched out in many directions, including work with field recording, electronics, improvisation and large ensembles of very different kinds of instrumental constitution. Called “patient, unpredictable, exceedingly beautiful” by the New York Times, Pisaro’s music has been featured on many recordings in the last decade. Ben Ratliff of the Times writes: “The American composer Michael Pisaro likes his music to develop as a slow-motion force, with adjustments of tone and pitch and instrumentation so long-brewing that you lose your awareness of the player’s hand and the composer’s will.”

Before joining the composition faculty at the California Institute of the Arts, he taught music composition at Northwestern University. In 2005/6 he was awarded a grant from the Foundation for Contemporary Arts. He was Fromm Foundation Visiting Professor of Music Composition at in the Department of Music at Harvard in the Fall of 2014. 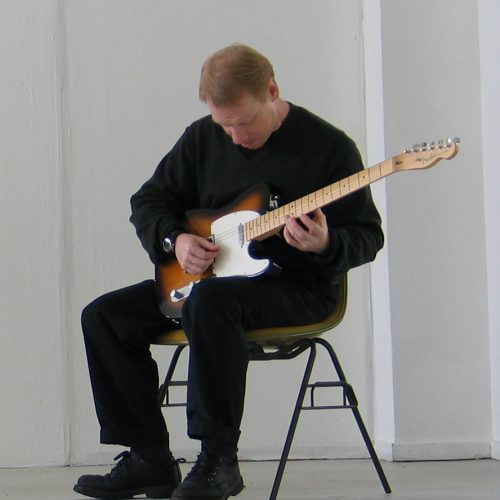 Sara Roberts received her master’s degree from the California College of Arts and Crafts in 1988. Her thesis project, the interactive video installation Early Programming has shown at the San Francisco Arts Commission Gallery (1989) and the Long Beach Museum of Art (1990). She collaborated with media artist Lynn Hershman on interactive installations Deep Contact (1990), and A Room of One’s Own (1992), shown internationally, including Ars Electronica ’89; the San Francisco Museum of Modern Art; Images du Futur ’91 in Montreal; Carpenter Center at Harvard; Montage ’93 in Rochester, N.Y.; International Center for Photography, Midtown, N.Y.; and in Cologne, Munich, Bonn and Karlsruhe, Germany. At that time she also worked extensively in feature film editing at Zoetrope Studios and at Lucasfilm’s Skywalker Ranch. In 1993 she was a resident at the Djerassi Foundation and her interactive sculpture The Digital Museum was commissioned by Silicon Graphics for the Interactive Gallery in Moscone Center, San Francisco. In 1994 she received a WESTAF grant for New Genres and completed Elective Affinities, a large scale installation shown at the Yerba Buena Center for the Arts in San Francisco and Art Center, Pasadena. She is a founding member of Techne, a group of artists working with ubiquitous (off the screen) interactivity. She has taught at San Francisco State University, The San Francisco Art Institute and the California College of Arts & Crafts. 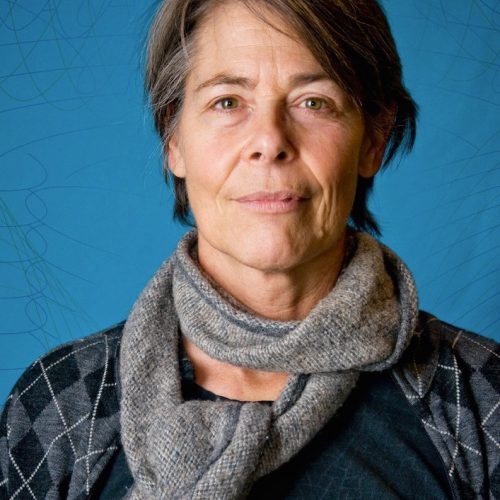 David Rosenboom (b. 1947) is a composer, performer, interdisciplinary artist, author and educator known as a pioneer in American experimental music. During his long career, he has explored ideas about the spontaneous evolution of musical forms, languages for improvisation, new techniques in scoring for ensembles, multi-disciplinary composition and performance, cross-cultural collaborations, performance art and literature, interactive multi-media and new instrument technologies, generative algorithmic systems, art-science research and philosophy, and extended musical interface with the human nervous system. He holds the Richard Seaver Distinguished Chair in Music at California Institute of the Arts, where he has been Dean of The Herb Alpert School of Music since 1990 and serves as a board member of the Center for New Performance. He taught at Mills College from 1979 to 1990, where he held the Darius Milhaud Chair and was Professor of Music, Head of the Music Department, and Director of the Center for Contemporary Music. In the 1970s he was founding faculty and a professor in the Music Department at York University in Toronto. He studied at the University of Illinois in the 1960s with Salvatore Martirano, Lejaren Hiller, Kenneth Gaburo, Gordon Binkerd, Paul Rolland, Jack McKenzie, Soulima Stravinsky and others and was later awarded the George A. Miller Professorship as a visiting artist there. He has also taught or held positions in the Center for Creative and Performing Arts at the State University of New York at Buffalo, at Bard College, Simon Fraser University, San Francisco Art Institute, California College of Arts and Crafts, Center for Advanced Musical Studies at Chosen Vale and Ionian University in Greece. His work is widely presented around the world. Recent highlights have included a fifty-year retrospective of his music presented in a series of performances at the new Whitney Museum of American Art in New York (2015), a six-month exhibition of his work with brainwave music at Centre Pompidou-Metz in France (2015-2016), a four-month exhibition of his work in computer music at Whitechapel Gallery in London (2015-2016), and numerous publications, recordings, festival performances, and keynote speeches at international conferences. Following his retrospective at the Whitney Museum, he was lauded in The New York Times as an “avatar of experimental music.” 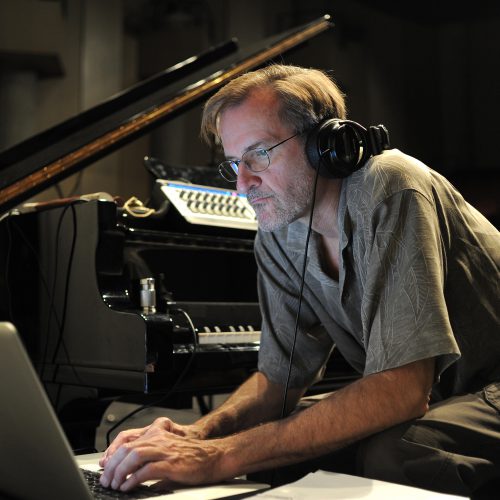