Maddi Baird is a Los Angeles-based composer, sound artist, and dj using performance and installation-based works along with empirical forms of research to explore the multifaceted ways in which humans relate to themselves, each other, and the natural world. Their work is enhanced through their role as a dj, which illuminates the intimate connections humans have with their physical bodies through sound. Working with archives of extinct and endangered sounds, they create immersive, textured soundscapes that use the evocative power of sounds to elicit “mood,” an experience that they distinguish from emotion because it is shared by both human and non-human agents. 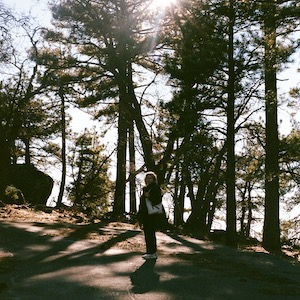 Alex Hawthorn is a Sound Artist, Composer, and Technologist based in Los Angeles and Brooklyn.His work interrogates notions of archive and memory, bringing together aspects of traditional composition and experimental sound design with elements of photography, videography, and other forms of digital media. As an associate artist with Theater Mitu, he explores non-traditional forms of narrative expression by using recorded text reconstructed in loop-based performances to both condense and elasticise the narrative format into that of a meditative form. In his solo work, he combines elements of old and new technologies: traditional orchestral scoring, solo piano performance, field recordings, and various synthesis techniques, to create works that bring the listener into a place of meditation and memory. His work in theater has been heard across North and South America, Europe, Asia, and the Middle East.  When not working, he enjoys traveling abroad with a camera in-hand. You can see more of his creations on his Instagram (@AFHawthorn) 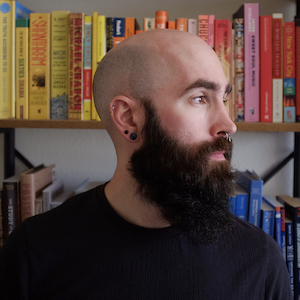 Jack Herscowitz is a Los Angeles based composer who engages deep inter-personal collaborations, trans-disciplinary thinking, and alternate definitions of “score” to recognize music as a process which has always extended beyond the singular dimension of sound.
His music has been performed throughout the United States and Europe by artists including the Arditti Quartet, Del Sol String Quartet, Ensemble Dal Niente, Meitar Ensemble, Hypercube, The Atlantic Reed Consort and .abeceda Ensemble. He has been a fellow or featured composer at June in Buffalo, Meitar Ensemble’s CEME Festival, Arts Letters and Numbers, DePaul University’s Residency for New Music, and the Provincetown Film Festival, with performances at the Hellerau European Centre for the Arts, the Moscow Conservatory, the Santa Maria del Carmine, Pavia, and the City of Basel Music Academy.
He has collaborated with Pete Francis (formerly of Dispatch) to arrange one of Francis’s original songs, “Show Me”, for rock band and orchestra, novelist and poet Julia Alvarez on a piece for chamber orchestra and chamber choir based off her novel, In the Time of Butterflies, and members of the Middlebury College Dance Department. Jack has also written music for big bands and short films, and performs as an improvisor of live electronics or saxophone. 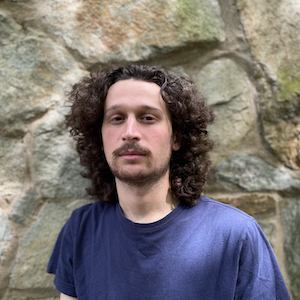 Miriam (Mimi) Nissan is a multifaceted audio and visual artist. Her work examines the balance between chaos and minimalism, comfort and discomfort, familiar and strange, and the liminal spaces they occupy. What are the dualities in music and how can they be investigated? Through the use of field recordings she explores how the manipulation of sound can have different effects and meanings. Soft sounds can become harsh, something rhythmic can be chaotic and chaotic rhythmic, and how can a non instrument become an instrument.

Outside of her artistic practice she writes, performs, and records under the moniker Mimi Pretend. 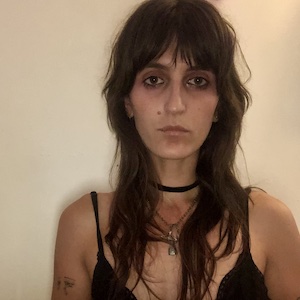 Alessandro Rovegno is a composer, sound artist, and improviser currently based in Los Angeles, CA.

His work is rooted in an innermost relationship with the act of Listening– allowing the phenomenological, emotional, and spatial revelations from Deep Listening to guide the structural and aesthetic manifestations of his pieces. This interest in auditory perception is often explored through gradual manipulation of tone, timbre, and mood over long durations– in both acoustic and electronic mediums.

Rovegno’s practice is simultaneously influenced by his current and past experiences working in fine dining food service. Drawing from this, he believes that the listener should be treated as an honored guest and their participation should be one that allows for active engagement and introspection.

Rovegno has a BM in Composition from Cornish College of the Arts, where he studied with Tom Baker and Jarred Powell. He is currently pursuing an MFA in Composition and Experimental Sound Practices from the California Institute of the Arts under the mentorship of Michael Pisaro-Liu. 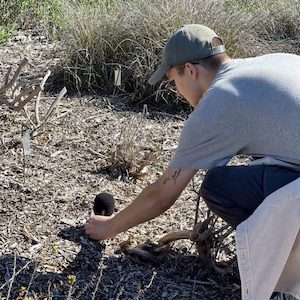 Brody Scott is a performing saxophonist, artist, improviser and noise manipulator. Having come from a jazz background and having performed with the likes of Michael Formenek, Tim Berne, Ralph Alessi, and others, Brody’s compositional techniques sit at the extreme fringes of jazz language. His solo saxophone works experiment heavily with distortion and other effects to create new instrumental sounds which are distinctly “unsaxophonian”, even aiming to create an experience which is unearthly. This is combined with use of raw materials, field recording, radio, tape sampling, DAW composition, and low budget equipment to procure a DIY aesthetic which explores the dilapidation of sound. His compositions are primarily improvised, though he also creates Dada inspired collages and paintings that function as scores as well. Brody’s music is released under the moniker ‘bes’.

Drew Sensue-Weinstein (he/him) is a composer and stage and sound artist who creates work which exists along a continuum of sound art and theatrical performance. With a belief that all artmaking is inherently political, Drew’s generative work often involves drawing influence from political sources including Marxist and anarchist texts. Drew believes art is a radical political device and creates work which embraces an explicitly anti-capitalist perspective.

Aesthetically, Drew’s work is characterized by investigating the dramaturgy of sound. He is interested in utilizing aural ideas as concepts and exploring how they relate to each other as ideas and gestures rather than notes and rhythms. His original music often involves field recording as a dramaturgical device in conjunction with different instrumentation and media. Most recently, he has been creating ambient guitarscapes in conjunction with field recording to explore the sounds of extinction as human-made climate change continues to destroy species and ecosystems. Drew also continues to explore the relationship between sound and bodies in space for use in live performance. His past work as a theatre director, sound designer, and composer have been presented at a variety of venues in and around New York City and the Eastern United States. 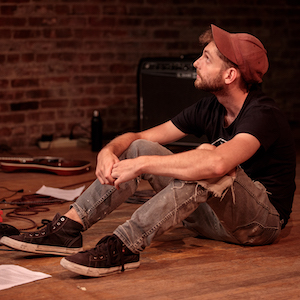 James Thomer is an LA-based musician, writer, multimedia artist, and sometimes comedian. He produces and performs under his art rock/psych pop project “James The Fifth”, and accompanying these releases, he self directs and writes his own music videos – which are often comedic, narrative-driven videos with elements of absurd, surreal slapstick. Coming from UC Berkeley with a B.A. in English and 5 years of experience as a copywriter, much of his work is inherently drawn to stories and narratives. He is interested in creating alternate realities, fake stories, and distortions of history through his multimedia work, combining creative writing, performance art, and installation art within the backdrop of his musical experience. He has toured under James The Fifth in the western United States and frequently performs as a guitarist with bands in Los Angeles. He is currently pursuing his MFA in Composition and Experimental Sound Practices with a concentration in Integrated Media at CalArts. 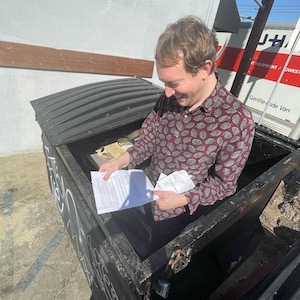